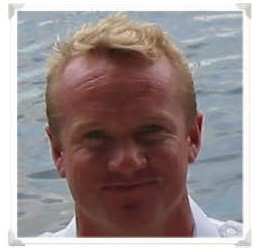 Sean grew up in Perth on and around the water – sailing at Fremantle or diving up and down the coast.
He has spent his life around boats – When he was 25 he went to the US and became a dive instructor and has over 3000 dives.

After that he started his journey in the Yachting Industry – beginning in the Kimberleys and then heading to the Mediterranean. He then crossed the pond and for the following 12 years worked in the Caribbean, South America , Panama Canal and the Western Seaboard of the USA. He worked as Captain / Engineer and was Project Manager on a new build 40M Westport in Seattle. He ended up on a 42m charter vessel doing both the Med and Caribbean until coming home in 2012. Sean then went to the commercial industry working Tugs and Barges as well as Project Managing the Air Warfare Destroyer project for 3 years.

Sean has come back to the Yachting industry with an extensive knowledge of the requirements from both new and used vessel.