FERRETTI GROUP CONFIRMED AS A WORLD LEADER IN YACHTING 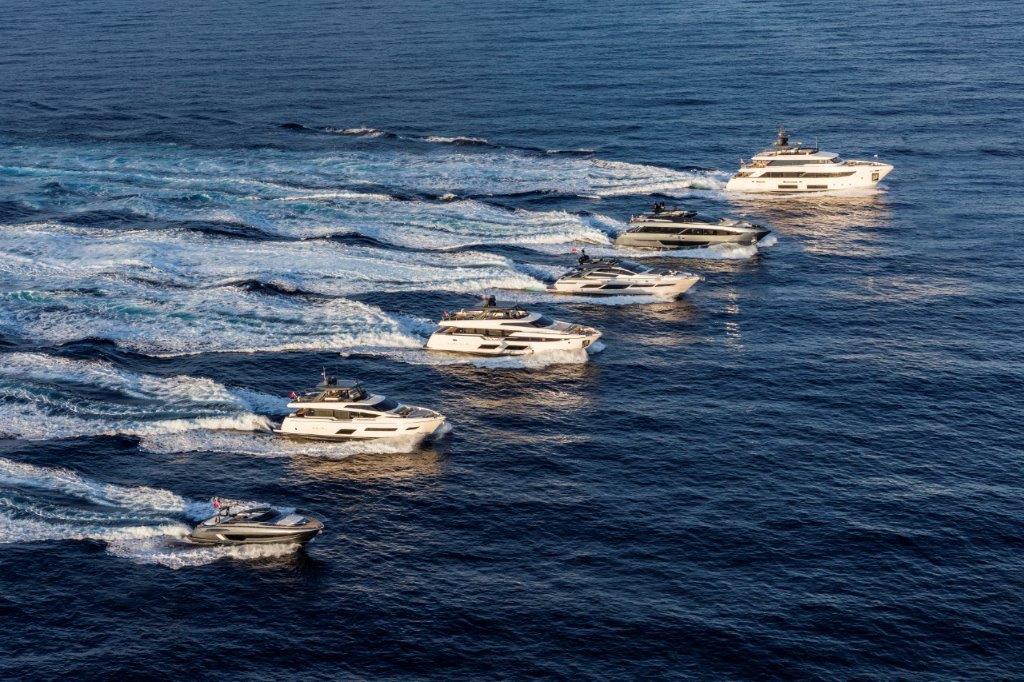 Record production of 159 yachts in total in 2017. First Shipyard in the world for number of new projects with 87 yachts over 24 metres already sold or under construction, Ferretti Group is a leader of the category, based on the ranking of the 20 leading global shipbuilders: the Global Order Book 2018, published by Boat International

Forlì, 15 December 2017 – After the award “Shipyard of the year”, Ferretti Group consolidates its leadership by closing 2017 with extraordinary results.

The number of yachts built by the Group’s seven brands will reach, as of December 31, 159 units, an increase of 7.5% compared to the 148 boats built in 2016, which was already a record year with a 23% growth compared to 2015. The production value for the current year will be over 600 million euros.

These figures, well above the industry’s global performance levels, confirm the value of an industrial and commercial strategy that envisaged the launch of 24 new models in three years, with an investment over € 50 million in research and development by the shareholders, Weichai Group and the Ferrari family.

The new Global Order Book for 2018 – the ranking of the 20 top yacht builders over 24 metres published by the UK edition of the prestigious “Boat International” magazine – confirms yet again Ferretti Group’s importance in the industry. In particular, the Group ranked first for number of projects sold or under construction, with as many as 87 under the Ferretti Yachts, Pershing, Riva, Custom Line and CRN brands, 22,5% more compared to last year’s 71, and ranked second overall with 2,762 metres (9,061 feet) of super and mega yachts under construction.

Mr Alberto Galassi, Chief Executive Officer of Ferretti Group, commented: “Even numbers bear an irrevocable beauty, and those of the Global Order Book tell an amazing story of Ferretti Group’s splendid growth, demonstrated also by the revenues and profits we achieved. Not only have we climbed the ranking, with about 2762 meters of boats over 24 meters sold and under construction, but we are world leaders by number of projects: 87. This would not have been possible without the investments and commitment in research and development, for each brand and for every hull size. These projects have always been realized on schedule and altogether stand for 159 yachts of excellence. Our strategy focuses on exclusivity and innovation, and the industrial and financial reliability of Ferretti Group.”