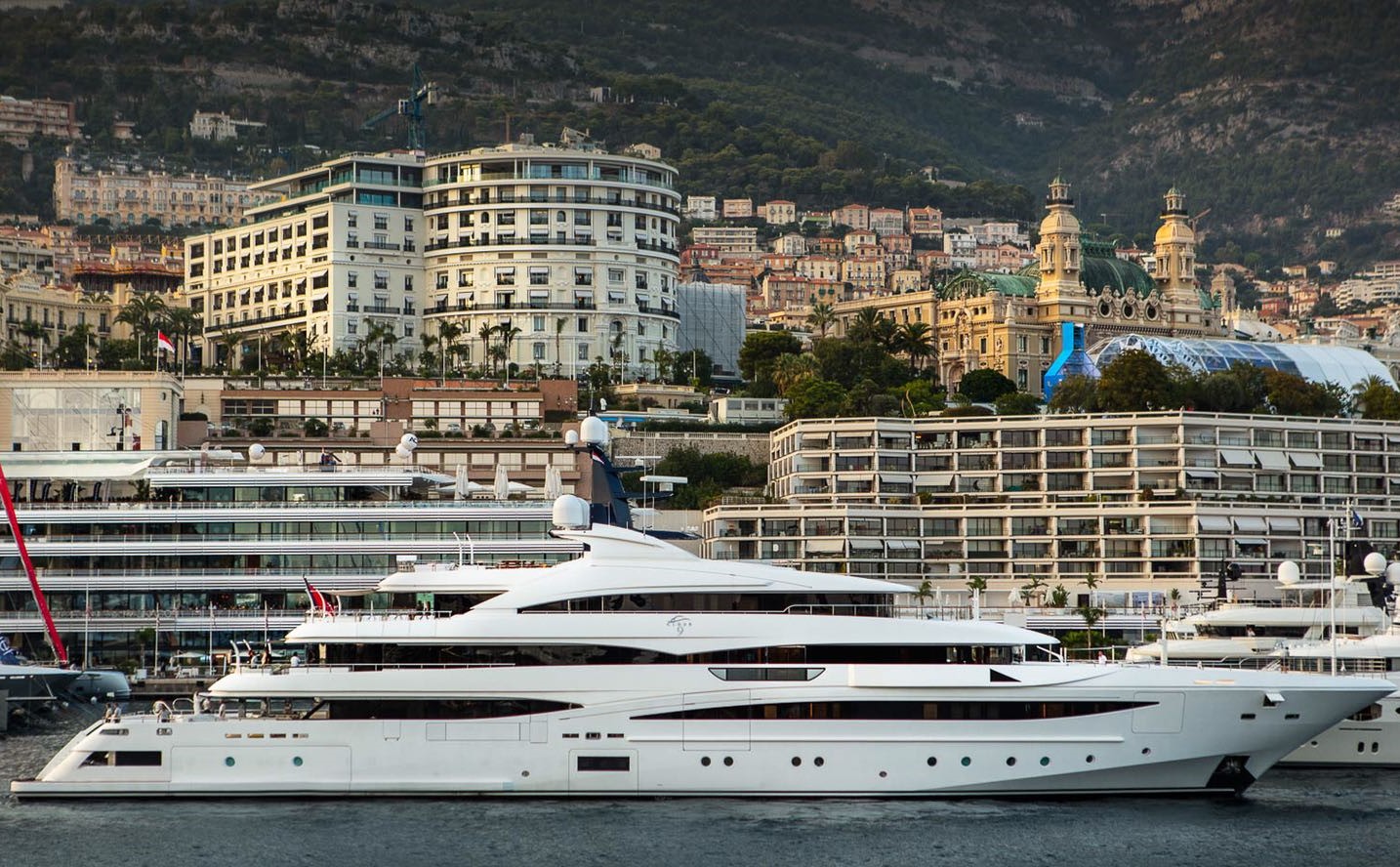 At the Monaco Yacht Show 2017 the new CRN yacht, the majestic M/Y “Cloud 9” of 74 meters.
Debut also for the extraordinary Custom Line Navetta 33 and the magnificent Pershing 108.
Monte Carlo, 27th September 2017 – After the six world premieres at the 40° Cannes Yachting Festival and the award as the
Best Shipyard of the Year, the magical journey of Ferretti Group continues with Monaco Yacht Show 2017 where it showcases
its fleet of absolute prestige of super and mega yachts.
The absolute star of the yacht show in Monaco is the new, 74-meter long CRN masterpiece, M/Y Cloud 9, at its world
premiere, presented in partnership with Burgess. The mega yacht, launched at the end of January and delivered this spring, is
officially unveiled to the international audience in one of the world’s most prestigious boat shows.
The Group’s fleet is completed by two other models of incomparable beauty: the new Custom Line Navetta 33, awarded in
Cannes for Best Design, after having amused the global audience during the summer, and the maxi coupé Pershing 108, the
flagship of the Pershing fiberglass fleet.
On the opening day, already as a tradition, the Group’s press conference was held, during which Alberto Galassi, the Group’s
CEO, together with the Chief Commercial Officer, Stefano de Vivo, presented the developments of the three-year investment
plan in the super and mega yachts’ sector, with particular attention to the latest news on the magnificent “Super Yacht Yard” in
Ancona.
“The difference between Ferretti Group and the other shipyards is the way we combine the infinitely large as the always
majestic mega yachts and the infinitely small: the big projects, our yachts in fiberglass and light-alloy, that hold the most soughtafter
details and at the same time also the most refined and sharpest style choices”, said the CEO, Alberto Galassi.
“The results are clear: we are getting immense satisfaction in the segment of the yachts over 30 meters thanks to Riva,
Pershing, Custom Line and CRN brands. And the future prospects promise even more joy.
Thanks to the investments already made, to those planned in the coming years and to an increasingly wide and varied product
offering, our growth is constant, above the overall market.
Great merit goes to the Super Yacht Yard that already represents the Group’s naval excellence in the sector of fully custom,
super and mega yachts: flagship vessels of the Italian yachting industry.”
In particular, 25 million euros are dedicated to the renewal of the shipyard until 2019. Of these, 8 million have already been
invested since last year for the modernization of existing facilities, for the creation of new ground and sea infrastructure destined
to the construction of new models and for the development of refit-based business activity.
Ferretti’s consolidated order book (2017 forecast) is 522 million Euros of which 276 generated by the segment of yachts over 30
meters. This segment has grown progressively over the past 3 years, from the 87 million euros in 2015 to reach 181 million
euros in 2016, up by an impressive 60%. The Group plans to close the current year with a further growth of over 50%, reaching
a value of 276 million euros out of the total 522 of the Group.
Over the past 12 months, the entire Navetta Custom Line fleet has been transferred to Ancona, with 6 dedicated workstations,
in one of which is currently under construction the flagship Navetta 42.
Five new workstations are in their final stage of refurbishment, and they will be dedicated to the production and refitting of super
and mega yachts for Pershing, Riva and CRN brands. The new 3,500-ton synchro lift will replace the old slipway used today
and will offer a high-end solution for the equipment of CRN mega yachts.
Currently at the Super Yacht Yard there are 3 CRN yachts under construction.
CRN 135, 79 meters, will become the second largest ship ever built by the yard, while the hull of CRN 137 of 62 meters has
just entered the production facility: both will be launched in 2019. CRN 136 of 50 meters “Superconero” will be ready, on the
other hand, next year.
Pershing and Riva, with their respective flagships, Pershing 140 and a Riva of 50 meters, the first-born of the new
Superyachts Division, are under construction in their dedicated plants.
Overall, at the “Super Yacht Yard” there are 8 Custom Line fiberglass units and 5 Pershing, CRN and Riva stainless steel and
aluminium vessels under construction.
The future Custom Line flagship, Navetta 42 will debut next spring, while the first Pershing 140 will be completed in late 2018
to move to Asia Pacific, the market where it has been sold. The conference also announced the sale of the second unit of
Pershing 140. The meeting was then concluded with the announcement of the first 50-meter long Riva’s construction, which
will be delivered to its owner in spring 2019.
The press conference that took place as always at the magnificent Aquarama Lounge, on the fifth floor of the Yacht Club de
Monaco, had Culti as its exclusive partner, whose unmistakable fragrances for the environment were the original gift offered to
over 100 journalists who participated at the conference.
FERRETTI GROUP AT THE MONACO YACHT SHOW 2017
Ferretti Group is present with two stands and three yachts on display:
– Stand CRN: Sybass Avenue – QT1; “Cloud 9” docking: Quai De L’Hirondelle N01
– Stand Ferretti Group: QL7 / Jetéè Lucciana; Navetta 33: docking L11; Pershing 108: docking L10