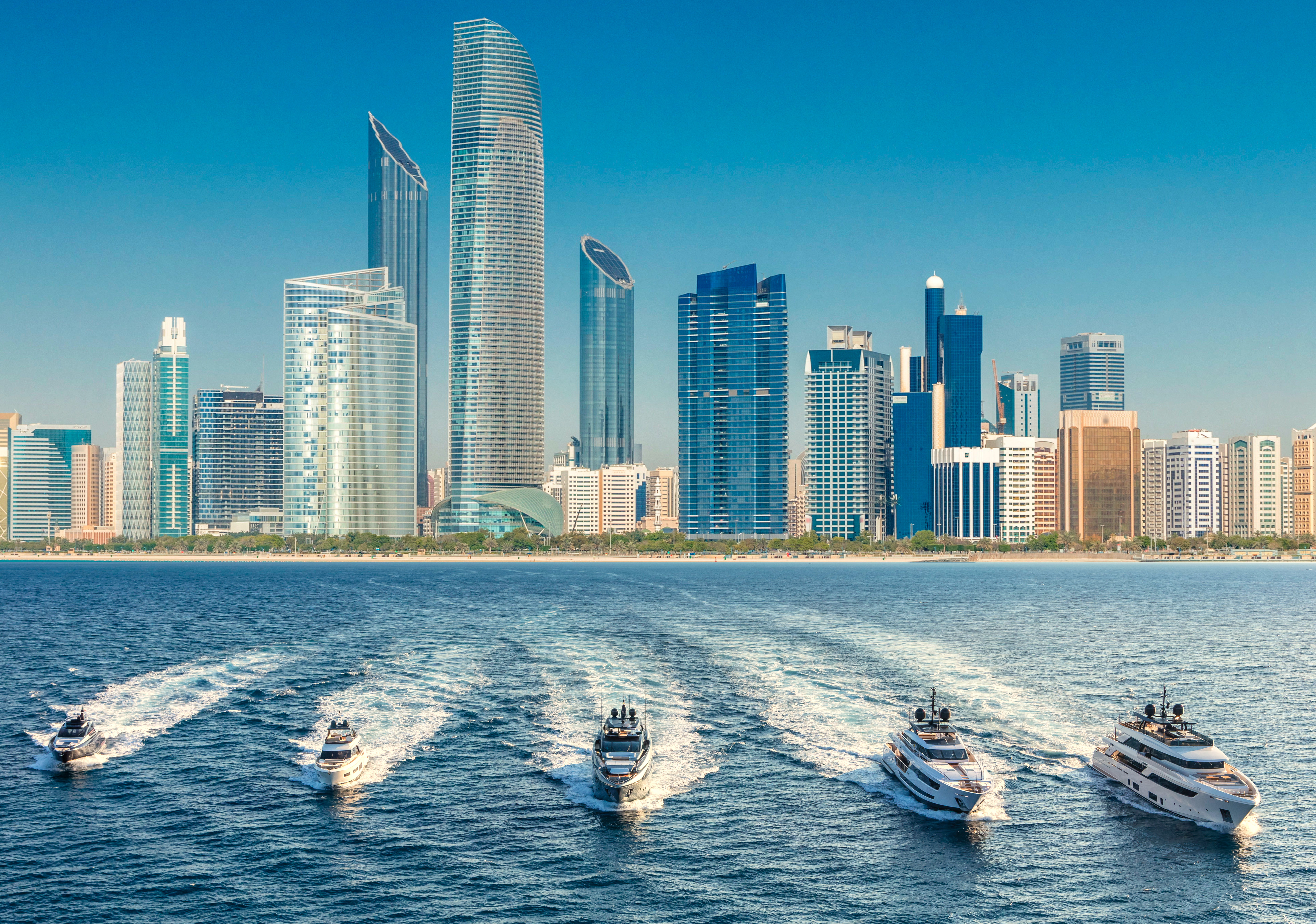 Ferretti Group’s fleet alongside with Scuderia Ferrari
at the 2018 Abu Dhabi Grand Prix.
The Group’s yachts are ready to catch the eye of Formula 1 fans
during the weekend of the last Grand Prix of the season.
The last act of the championship will close with an exclusive evening at the Cipriani Restaurant.
Forlì, November 23
rd 2018 – If a Formula 1 of nautical excellence were ever launched, the Ferretti Group would
unquestionably start in pole position. In the meantime, the ties between the Group and the exclusive club of the fastest
cars in the world are increasingly close. Part of this is due to the official sponsorship deal that sees the Riva logo
displayed on the helmets of the two Ferrari drivers: Sebastian Vettel and Kimi Raikkonen.
The Group’s yachts are becoming a more and more regular sight at Grands Prix in coastal locations. This was the case
in Monte Carlo, where Riva looked out over everyone from the Riva Aquarama Lounge on the first floor of the Yacht
Club de Monaco, and will be also true of the final race of the season, in Abu Dhabi.
The Ferretti Group yachts are ready to steal the show from the racing cars, once again shining the spotlight on
quintessential Italian know-how and nautical prowess. For the entire race weekend from 23 to 25 November, the
following will be available for visits and test sails: Custom Line 120’, Riva 100’ Corsaro, Pershing 82, Riva 76’ Perseo
and Riva Aquariva Super.
The grand finale is expected with trepidation in the shape of the now customary and eagerly awaited final evening event
for celebrities, guests and owners. Once again this year, it will be held in the exclusive Cipriani Restaurant, which for the
occasion will take on the alluring, legendary appearance of a temporary Riva Lounge. The evening is expected to be
characterized by sublime dishes and highly-sophisticated musical entertainment, which will give the event a unique,
almost indescribable atmosphere.

CUSTOM LINE 120’ ALSO RECEIVES A PRIZE IN AMERICA After receiving several recognitions, the Cus... 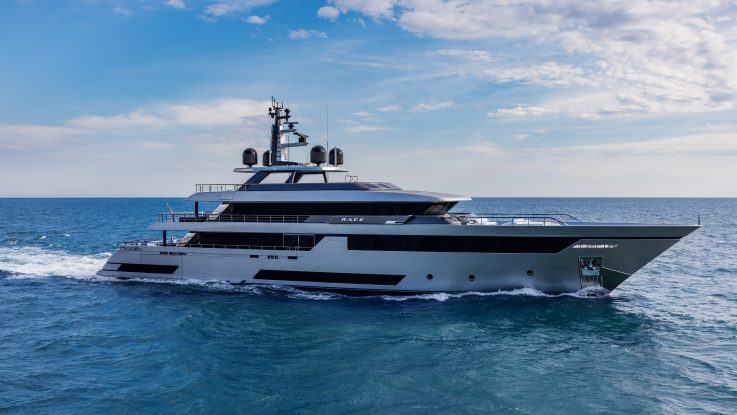 FERRETTI GROUP SWEPT THE WORLD YACHTS TROPHIES 2019 WITH 5 GREAT AWARDS, TOGETHER WITH THE PRIZE ...

Ray White Marine is back and bigger than ever at the 2019 Sydney International Boat Show, boast...