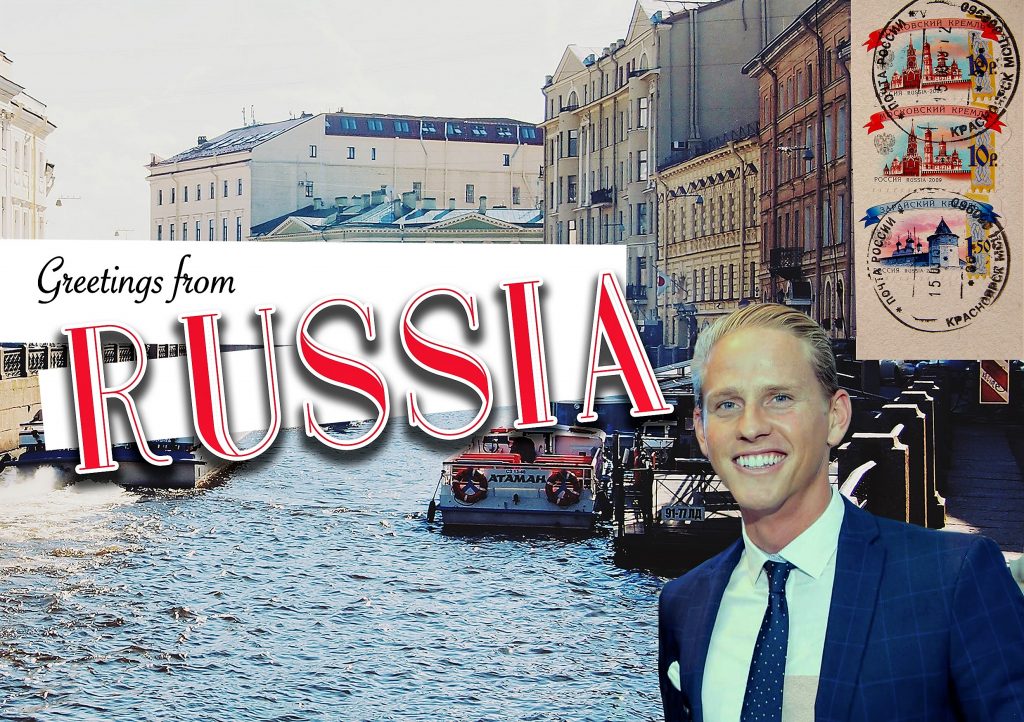 “Everyone said it couldn’t be done. Third parties told us that you couldn’t buy or export a luxury vessel from Russian waters. But we stuck to our guns and saved our buyer a large amount by going above and beyond,” Mr Rodwell said.

“It was a tough deal negotiated through a broker with an unidentifiable Russian seller. But it is one that people are now talking about throughout Europe.”

“Our buyer was frustrated that he couldn’t locate the right vessel within his nominated budget within local waters, so we turned to look in the main European markets,” Mr Rodwell said.

“Late one night I found the exact vessel he was after, a near-new Azimut with a very reasonable asking price and low hours. The only hurdle was it was in the Russian port city of St Petersburg.”

“People told my buyer not to go near Russia, you’ll lose your money and you’ll end up with no boat and most likely be held at ransom by the mafia,” Mr Rodwell said, who then engaged one one of the most respected maritime lawyers Peter Dawson of Dawson & Associates, based in Auckland to help.

“We managed to overcome all concerns and proceed.”

After a Monaco-based surveyor established there was no safety gear, diesel fuel or insurance on the vessel to take a sea trial, the buyer ended up paying €15,000 EU in good faith to a Russian stakeholder to be allowed to progress due diligence.

“The non-English speaking seller who would not reveal his identity would not contribute to this cost. At this point we engaged a London-based lawyer for his opinion, who advised not to proceed with the sale as it was in the too hard basket. By then the seller had also removed the name of the vessel since we inspected it.”

Undeterred, Mr Rodwell plus the buyer travelled to Russia and met with the crew to sea trial the vessel along the main trade route towards the Gulf of Finland.

The buyer was satisfied so post inspection he flew back to Brisbane, leaving Mr Rodwell with the power of attorney.

Negotiations then hit a standstill as there was no way the Australians were going to release funds in Russia without security over the vessel.

“So after two weeks of back and fourths in the hotel lobby the seller finally agreed to let the vessel go, without payment into Finland waters, but with his current crew which our buyer had to account for,” Mr Rodwell said.

“On the way to the Gulf of Finland in quite rough swell, I reviewed all handover documents and once we hit our waypoint after two hours at sea, we logged our coordinates with a dated newspaper to sign the title documents in international waters. I then called the maritime lawyer on the satellite phone in New Zealand (4am his time) to release the balance of funds into the seller’s offshore account to settle simultaneously.”

The last hurdle to overcome was the seller’s Cyprus Bank would not release the funds to the seller due to new anti-terrorism laws but they managed to work their way around this eventually with a letter from an Australian bank stating the origin of funds.

Eventually, the boat’s title passed to the elated buyer and now the vessel is safely on her way to Brisbane via Florida.